Located in the original 1898 Crown Cork & Seal building in Station North, our brewery and brewpub features hand-crafted lagers and ales after European brewing tradition. Our secret beer garden and boisterous beer hall are the perfect spots to relax while having a drink and a bite. 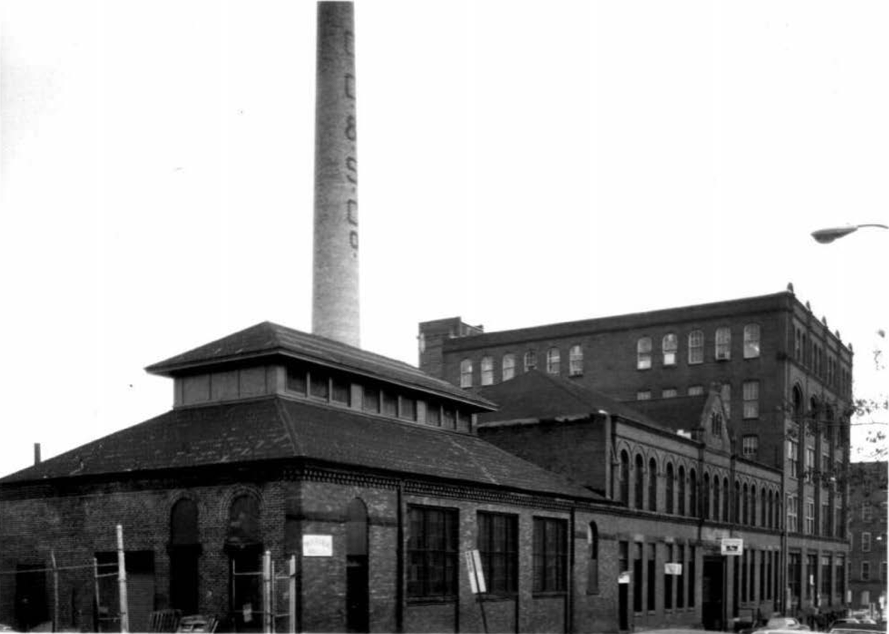 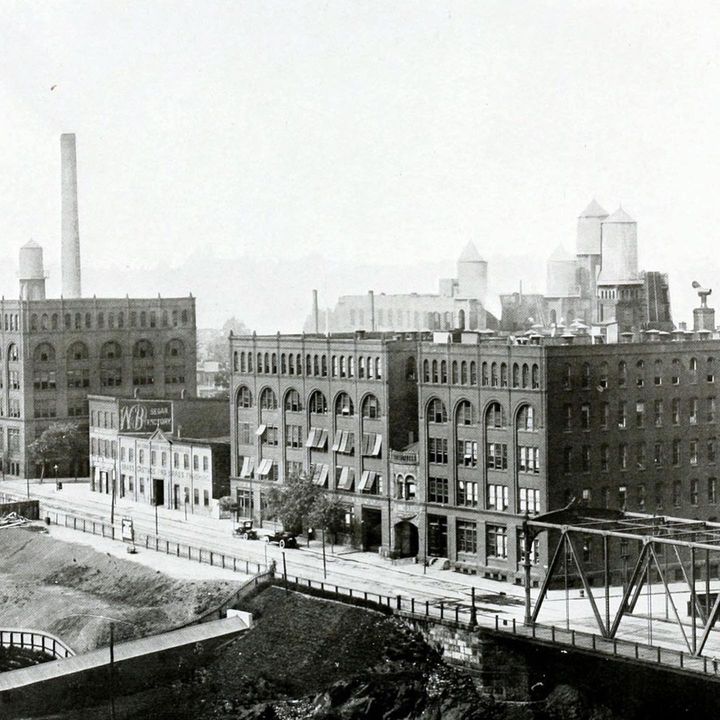 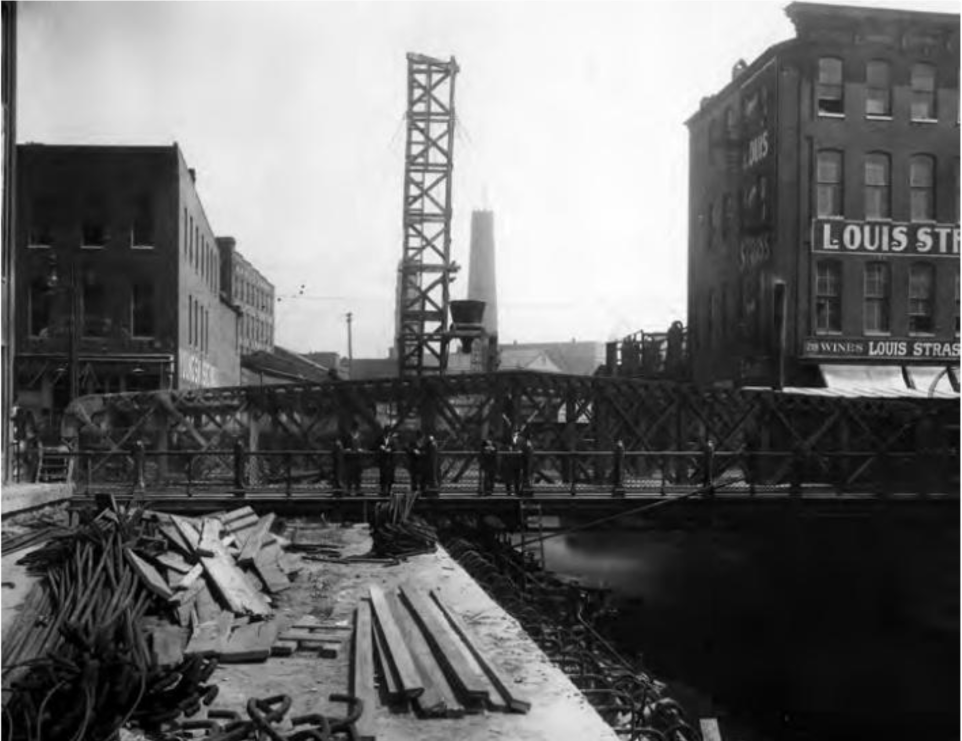 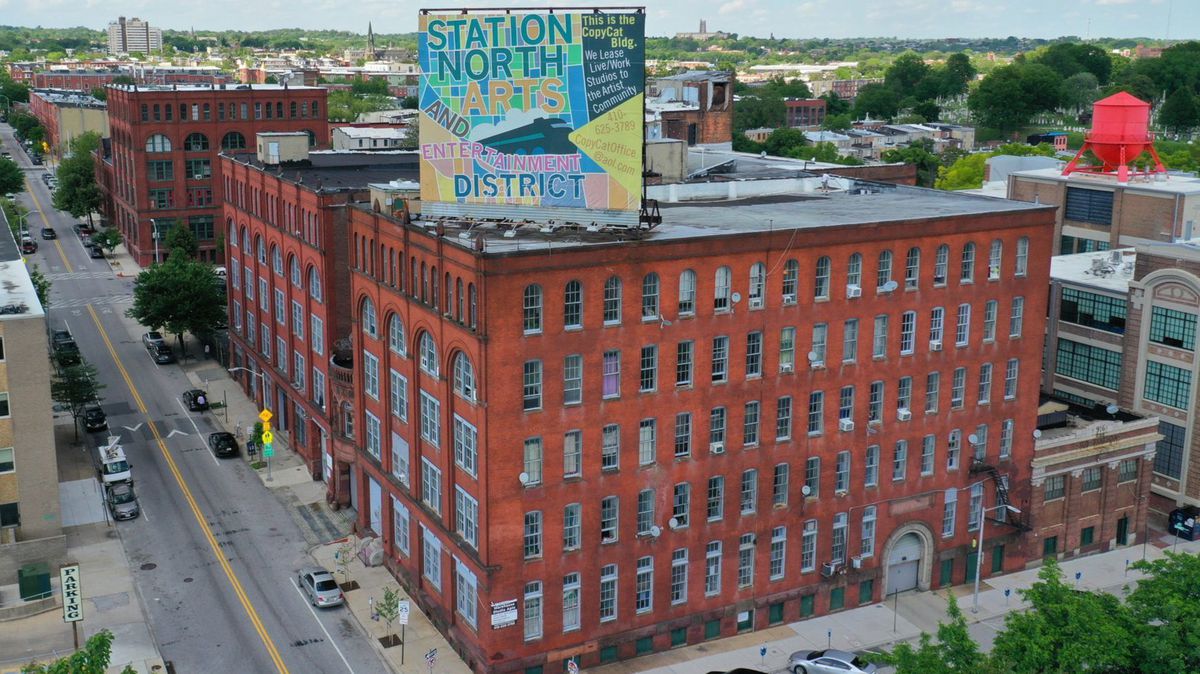 The three-part, five story building that occupies 1515 to 1611 Guilford Avenue was constructed in 1898 to house the rapidly expanding industry of Crown Cork & Seal. Founded in 1892 by William Painter, creator of the modern beer bottle cap, Crown Cork & Seal needed a large space in the heart of Baltimore where it could easily bottle the local brews. The company took off, as Painter’s “crown cork” bottling method was much more efficient and successful than previous cork sealing methods. In 1904, Crown Cork & Seal opened its first branch plant in Highlandtown, another neighborhood in Baltimore. The new plant took over crown cork manufacturing, while the Guilford location manufactured bottling machines and equipment. The company merged with the New Process Cork Company in 1927, which sparked an expansion of facilities and increased production. As of 1980, the company employed over 5,000 people in Baltimore at different plants, but the original location was taken over by various light manufacturing firms
‍
Another one of the Crown Cork & Seal factory buildings has been renovated by Charles Lankford, who spent 12 years converting the space into livable studios for artists. Now called the CopyCat building, Lankford rents to a few hundred people who enjoy the building’s large studio spaces and natural lighting. The CopyCat building is just a few steps from Guilford Hall. Crown Cork & Seal empire expanded and moved headquarters from Baltimore to Philadelphia in 1958. Now known as Crown Holdings, the company is publicly traded and ranked number 272 on the Fortune 500 list.

Baltimore is, and has always been, a beer city. Its first manufacturing industry started with a brewery on Hanover street in 1748, opened by German immigrant, John Leonard Barnitz. Previously, beer was brewed by women in their homes, in batches just enough for their own households. However, during the Revolutionary War, commercial brewing picked up as soldiers were promised daily beer rations as incentive. The city was a prime spot for beer production because of its large supply of clean water and access to railroads supplying grain. Brewing beer was a very different process back then, and was fully run by hand. Production was a slow process compared to today, yet Baltimoreans drank with the same gusto.
‍
Early breweries included the Thomas Peters and Company Brewery, opened in 1784. This was the largest brewery in the nation at the time, later named the Baltimore Strong Beer Brewery. A few owners later, in the summer of 1813, Mary Pickersgill sewed the massive 30 by 42-foot American flag (that inspired Francis Scott Key’s Star-Spangled Banner) on the floor of the brewery, as it provided more space than her home.
Baltimore’s population grew from 80,000 in 1830 to 225,000 in just 33 years. The number and production of its breweries increased as well, many of which were located along Jones Falls, an 18-mile stream running through Baltimore. Back then, breweries enjoyed the convenience of dumping their waste into the stream. Today, Union Craft Brewing, Waverly Brewing Company and Nepenthe Brewing Co. are the last breweries left standing along the stream, now with much more environmentally friendly waste removal practices.

Baltimore brewing wouldn’t be what it is today without the influence of German immigrants and their lagers. Germans who wanted to escape war and compulsory military service left their homeland for America, landing in Baltimore’s Locust Point on the Patapsco River. Many Germans did not venture any further, making Baltimore their new home. German families dominated the Baltimore brewing industry before prohibition, starting with John Leonard Barnitz who opened the first brewery in the city. Other families included the Bauernschmidts, Wiessners, and Brehms. Two areas in the city, Brewers Row and Brewers Hill, gained reputations as “brewery neighborhoods.”
‍
In the 1870s and 1880s, “Schuetzen Parks,” maintained by the Schuetzen Society, hosted German picnics where families enjoyed outdoor activities and beer gardens where the lagers flowed. Today, you can enjoy European-style house-brewed beers, as well as bratwurst, pretzels, and more at Guilford Hall’s brewpub, beer hall, and tucked-away beer garden. Treat the event like a German picnic, and party like it’s 1875!

Station North, less commonly known as North Central Historic District, is a triangular-shaped, 25-block area north of downtown Baltimore. The district is described as “edgy” and “artistic,” home to exhibit spaces, live music venues, murals, and the iconic Club Charles cocktail bar. The area is bordered by North Avenue, Greenmount Avenue, and Falls Road, which runs along Jones Falls, a stream that empties into Baltimore Inner Harbor. John Wilkes Booth, stage actor and President Abraham Lincoln’s assassin, is buried in Green Mount Cemetery, which borders the east side of Station North.
The 630 buildings in the area are mostly 2-4 storied row houses, with the exception of an apartment complex, several industrial warehouse structures, and a few historic commercial buildings. The building styles vary from Romanesque to Spanish Revival to Commercial and Modern; the residential areas range from traditional Baltimore row house style to “highly embellished eclectic designs,” yet maintain their historic character, despite the intrusion of a few modern commercial additions. Station North was the first area in Baltimore to receive the State designation as an Arts & Entertainment District in 2002. Many African-American artists thrive in the area, producing fantastic art that enhances the area’s vibrant culture